The Animal Protection Division objective is to promote the public health, safety, and general welfare of the citizens of the city and to ensure the humane treatment of animals by regulating the care and control of animals within the city.

Her role as the lone Animal Protection Officer for the City of Lakeway, Officer Andrea Greig responds to over 700 animal related incidents each year.

Officer Greig has been a police officer since 2001. She has 19 years of veterinary technician experience handling small, large and exotic animals at a Veterinary Hospital. She is a National Animal Cruelty investigator certified in chemical capture, euthanasia, and animal control.

In 2015, Officer Greig was presented the Lakeway Police Department’s "Officer of the Year" award for her hard work and dedication. Thanks for keeping Lakeway’s furry friends safe!

The City of Lakeway Animal Protection Ordinance can be located by clicking here. 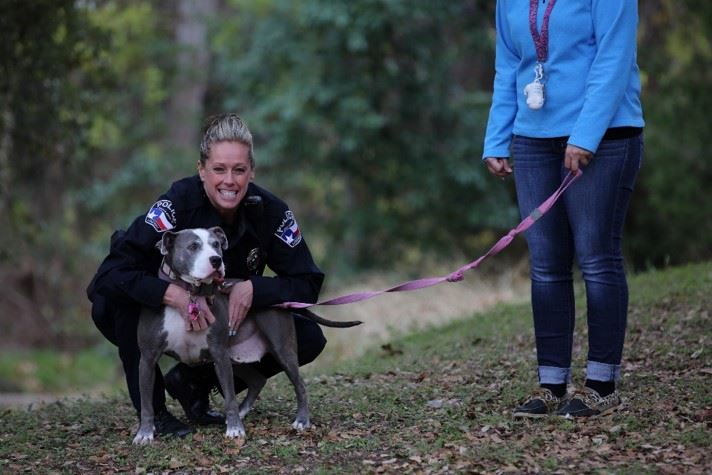