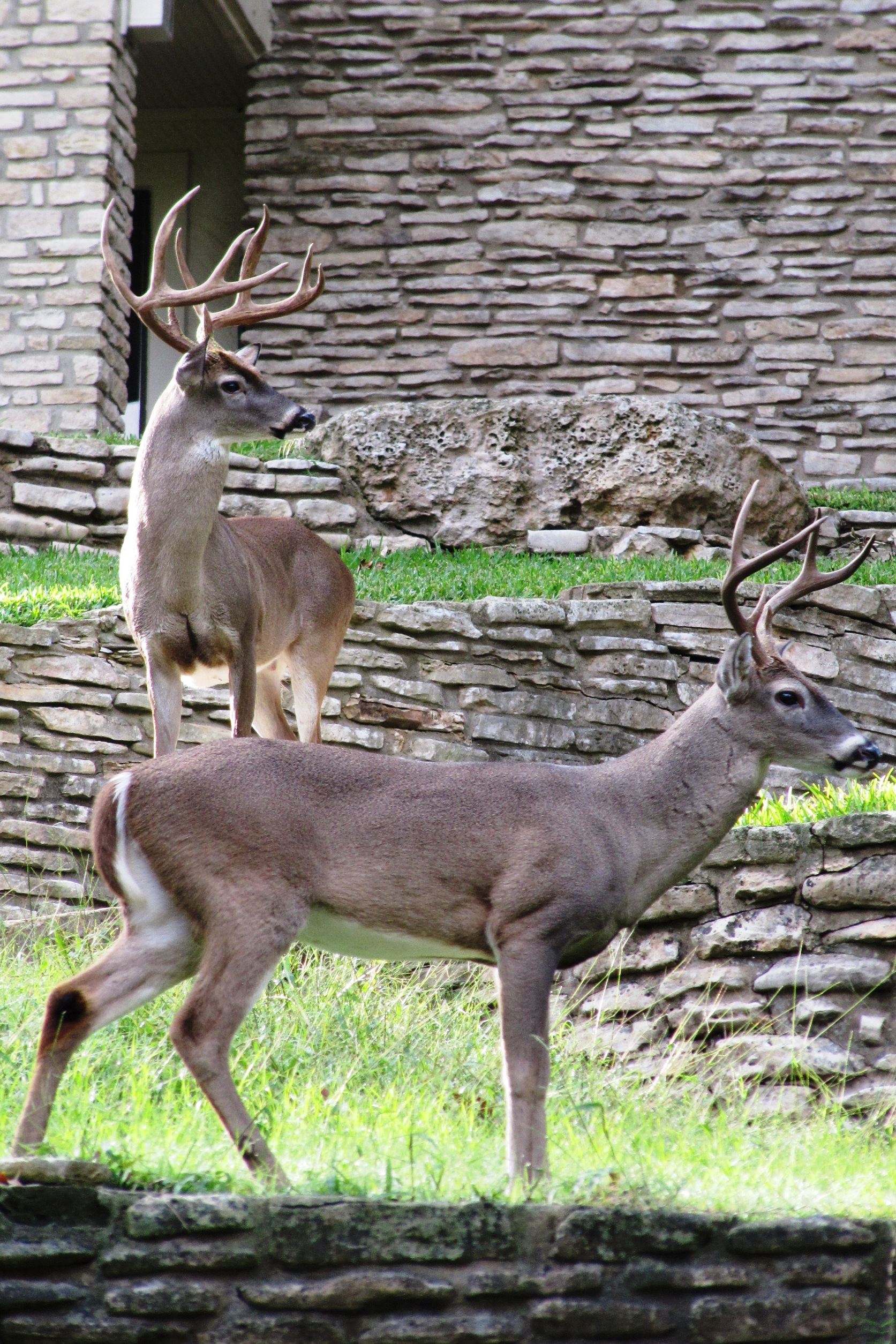 In 1999, City of Lakeway created the Deer Committee with the purpose of evaluating our deer herd. The result was heavy culling that continued annually for many years, despite no formal surveys ever being done to document results. Residents objected to the trapping as inhumane and to the killing as unnecessary, and it was all paid for with taxpayer funds.

The deer were last trapped and killed in early 2018. Then, the old Deer Committee became the Wildlife Advisory Committee, and its scope was broadened to cover all wildlife.  As to deer, WAC was asked to investigate humane options and modern management technologies. At WAC’s suggestion, the city has commissioned Spotlight Surveys each fall. This accumulating data indicates our herd is stable in size (even without culling in recent years), as well as appearing healthy and well-nourished. Lakeway also monitors our herd via statistics on predation and deer/vehicle collisions.

Instead of spending money and effort on controversial culling, the city has turned its attention to strategies for co-existing with wildlife.  Now, Lakeway has tasked the ever-evolving WAC to create educational resources to help the public cohabitate with our beloved wildlife. Deer and many other creatures are plentiful in the Hill Country, and Lakeway has no physical boundaries.  It follows that we need to learn to co-exist with our wildlife.