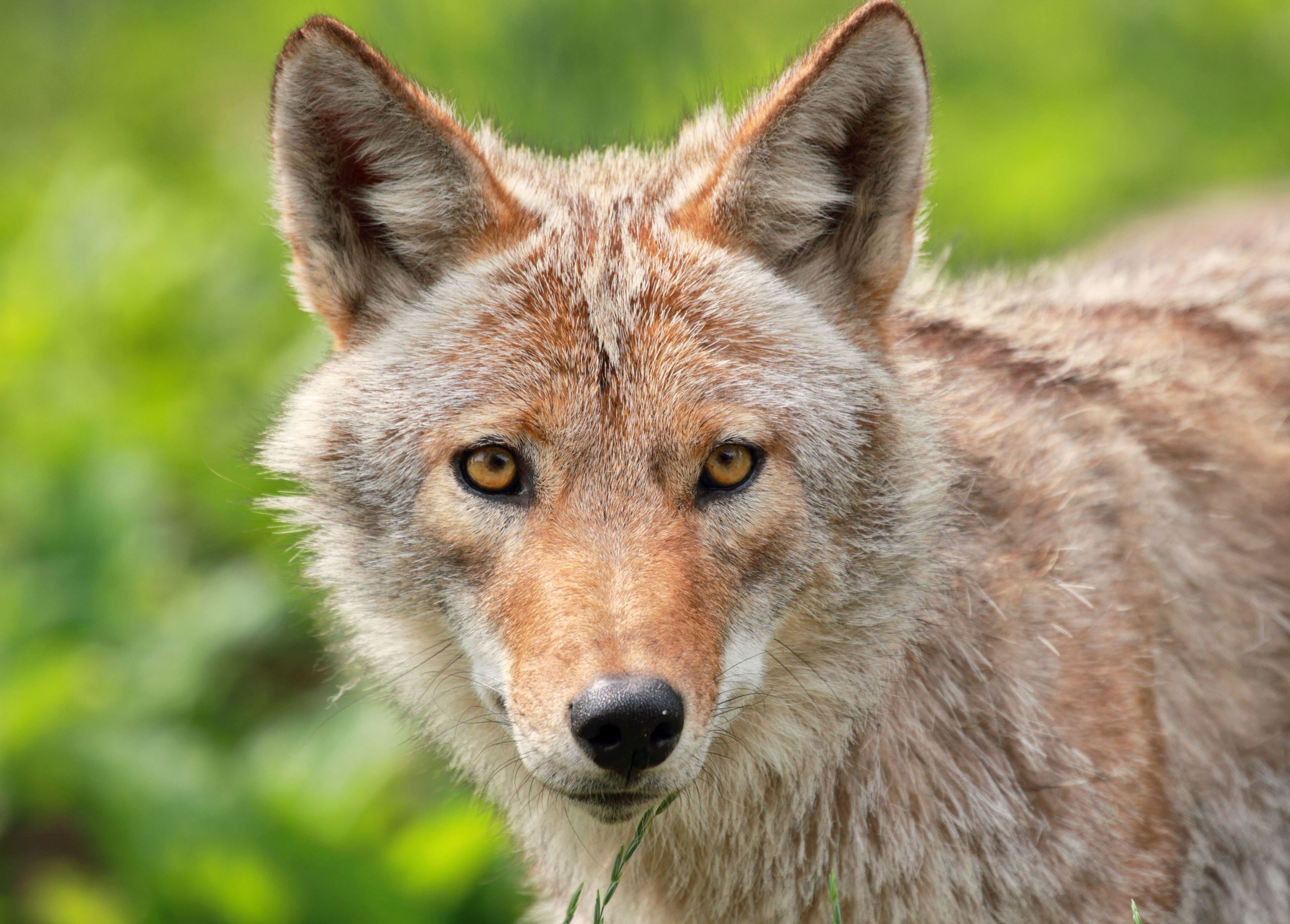 Coyotes are seen all over Lakeway--on the golf courses, on our streets, and in our yards.  Sightings and complaints always peak in the fall, which is when juvenile coyotes are turned out of the den and are on their own; much like human teenagers prowling around town, young coyotes tend to raise a ruckus.

Coyotes are out at night and during the day, and they often travel in packs. They are members of the canine family (weighing 30-40 pounds), with distinctive yellow eyes.  Some people find coyote howling unnerving, but it is a useful reminder that we live in nature.

Omnivores, coyotes perform the job of eating rodents, insects and snakes.  They also kill vulnerable fawns and injured deer.  Coyotes will take small pets, even in broad daylight.  Cats, in particular those allowed out of the house at night, are frequently killed by coyotes. KEEP YOUR CATS INSIDE. Small dogs have been snatched from yards and porches by coyotes, so keep close watch on all pets.

People might feel menaced by coyotes, but noise generally sends them running. Yelling may scare them off, but carrying a security whistle is a good idea. Make eye contact. Don’t turn away or run. Make any loud noise you can. Try to appear larger than life by waving arms, a jacket or whatever else is handy. When walking your dog, use a short leash so that you and your dog appear to be one large adversary. Experts say coyotes ignore long or extendable leashes, instead registering two smaller adversaries as they decide whether to attack. (See the additional material below for more safety tips.)

If you want to make your backyard safer, coyote rollers can be added to the top of a metal or wooden fence, to discourage coyotes from scaling the fence.  Rollers are aluminum cylinders.  They deter coyotes (and large dogs) from jumping a fence.  These animals jump upward and then pull themselves over the top of a fence; when grabbed, the cylinders spin, so the animal cannot get traction. Check these fence company sites for photos and info--

The city’s Wildlife Advisory Committee included a discussion of coyotes on the agenda for its Dec. 9 meeting, in response to recent resident complaints about coyotes in the area and attacks on local pets. Some committee members attended Travis County’s Dec. 3 webinar, Co-Existing with Coyotes, and the consensus was that residents would benefit from the helpful information and coping strategies provided in that presentation, summarized below.

The Travis County Wildlife Protection Officer is Officer Gay’s colleague, Emery Sadkin who may be reached by phone at 512-978-0514 or email: emery.sadkin@austintexas.gov. In addition to Lakeway PD, Lakeway residents may also reach out to her about coyotes.

Most complaints about coyotes come in the fall, largely due to juveniles newly out on their own.

It is illegal in Texas to trap and relocate coyotes. State laws prohibits relocation, because coyotes are a rabies vector species.

Killing is not the answer. Killing 1 or a few coyotes gives humans a false sense of security; other coyotes will soon replace them.  (Instead—change the situation that attracted coyotes to your area.) In a stable pack, ONLY the alpha pair mates and produces pups.  When a pack loses a member, it destabilizes. Other coyotes join the pack. More adults mate, producing extra pups.  As a result, there are more coyotes than ever.  Traps are inhumane, grievously harming wild animals, pets, and even kids.  Poisons kill indiscriminately. Guns may NOT be discharged within City of Lakeway; this includes high-powered BB guns and pellet guns.

Coyotes are a real danger to pets. Coyotes will snatch small dogs as well as cats. KEEP PETS INDOORS, day and night.  Build a secure catio to allow cats safe outside time. Walk dogs on short leashes (4’-6’). Extendable leashes let the dog get too far away for the owner to protect or control it.  Also, with a long or extendable leash, the coyote sees 2 smaller prey options instead of 1 larger opponent. Be vigilant on walks; if you or your dog comes too close to a den, the adult coyote will stalk you out of the area, to protect the pups. Even if your backyard is fenced, accompany your dog when you let it outside. Make your fence more secure by adding coyote rollers.

EXCLUDE coyotes by eliminating these attractions in your yard:

HAZING: Scare or intimidate coyotes so they leave. Co-existence is NOT blind acceptance. The goal is to share SPACE with coyotes but not TIME; they can be in the area when people are not around. That is mostly at night, so discourage them from coming into your area during the day via hazing.