The Portal of Texas History is a project by the University of North Texas to document historical aspects of areas throughout Texas. Lakeway is now apart of those archives. 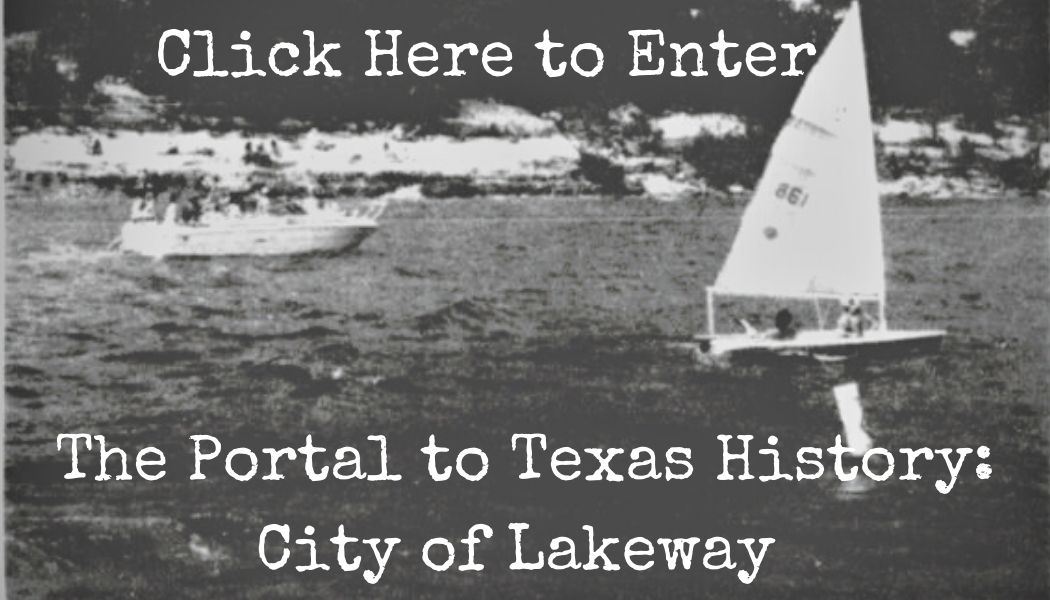 The historical portal features more than 150 documents related to Lakeway and the City's beginnings dating back to the early 1960s. The portal also includes historical books on Lakeway, now in digital format, including "Lakeway: The First 25 Years & Earlier Times Around The Colorado River" by Byron D. Varner and "Lakeway: A Hill Country Community" by Lewis H. Carleson. The portal allows you to break down the documents by year and title, as well as giving an overview of Lakeway's Heritage Committee and its formation to help preserve historical aspects of the City.

CLICK HERE to read an interview from Lakeway resident John Andrews, husband to Heritage Committee Member Kay Andrews, during his World War II military service from The Portal to Texas History. CLICK HERE to listen to the audio interview.