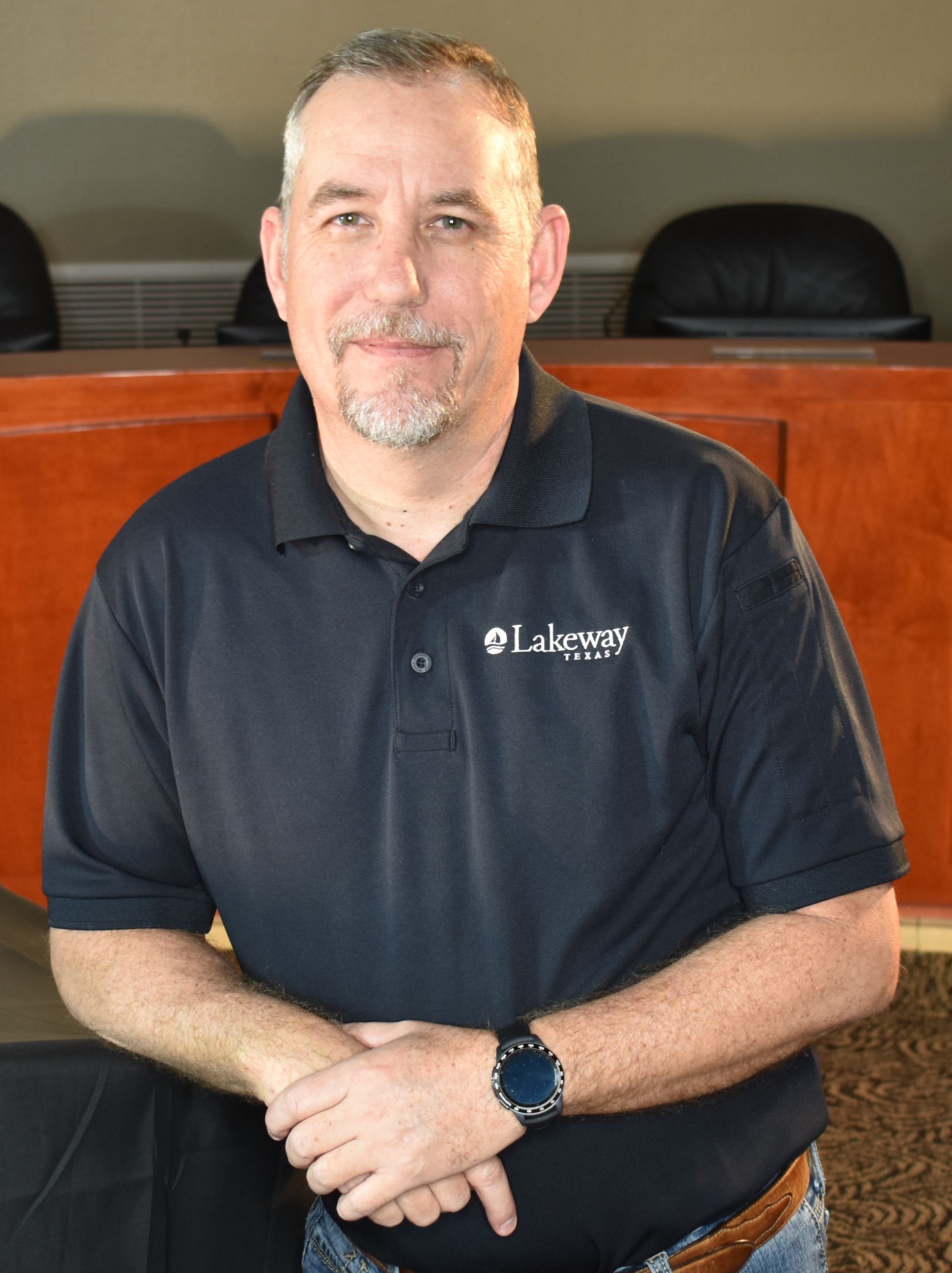 Mr. DeLong oversees a department with 10 employees and manages the only public works department on the south shore of Lake Travis in western Travis County.

Some of the primary functions of the department are street maintenance including annual asphalt overlays, street signs and signalization of city intersections, drainage improvements including culvert replacements, and emergency response for weather events.

Dale was born in El Paso, Tx graduated high school in Midland, Tx and moved to the Central Tx area in 1995. He resides in Taylor, Tx with his wife and 2 children.