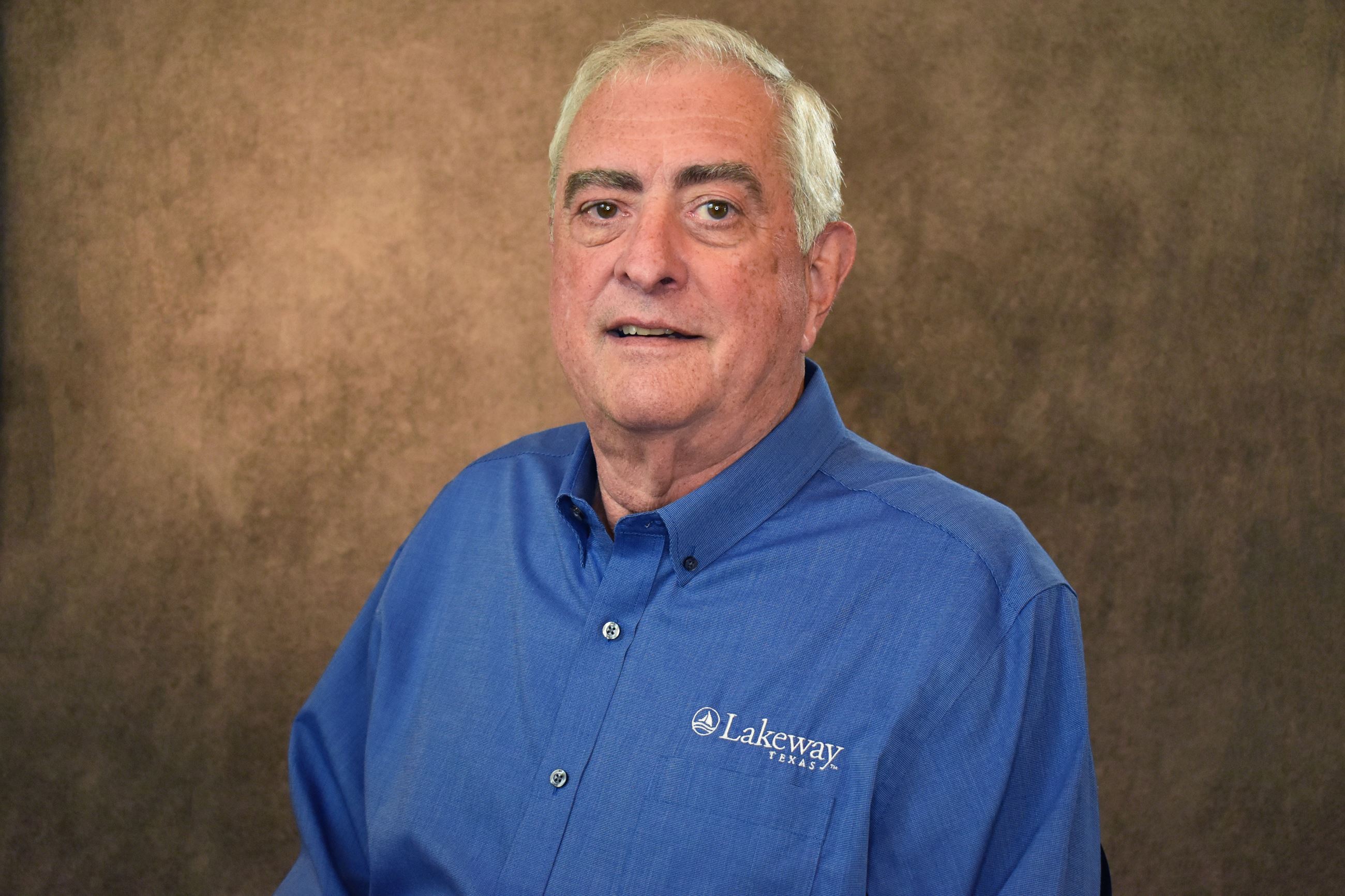 Steve was born in Iowa but got to Texas as soon as he could after 35 years in the paper industry.  He and his wife of 48 years, Ann, have four sons and five grandchildren, all living in California.  After 14 career moves, including work in Brazil and France, Steve and Ann decided on Lakeway as their new forever home in December 2013.Steve served on the Lakeway Civic Corporation/Lakeway CF boards, was head of the Charter Review Committee, and a member of the Lakeway Zoning and Planning Commission before election to the City Council in 2018.  He continues as an active member of Lakeway Service League, Sing Along Lakeway, and Lakeway Citizen Police Academy Alumni Association, and as an emcee at the Lakeway Men’s Breakfast Club.  He enjoys golf, wine, and photography.
He believes that Lakeway is such a great place to live because of the hundreds of active volunteers.  He wants to make it easier for citizens to get information and communicate with their elected representatives.
He supports a new Comprehensive Plan to guide the inevitable growth coming our way.  He is a fiscal conservative and supportive of business growth.

Councilmember Steve Smith may be reached by email: stevesmith@lakeway-tx.gov

Steve spent 35 years in the paper industry in a variety of technical and manufacturing executive roles.  He was chairman of an international school in Brazil.  His work took him to three continents and two new languages.  He taught at Texas A&M as an adjunct professor in Mechanical Engineering.  Before retirement he was part owner of a recycled paper mill and consulted on maintenance and operating best practices.  He sees opportunities for using Lean Manufacturing principles in our City government.
He graduated from M.I.T. with bachelor's and master's degrees in mechanical engineering, master's degree in textile technology, and Ph.D in mechanical engineering.

Steve and Ann have been married 48 years and have four sons.  They are blessed with five grandchildren who live too far away in California.  They are very grateful for the wonderful people in the Lakeway community who welcomed us into their special city.