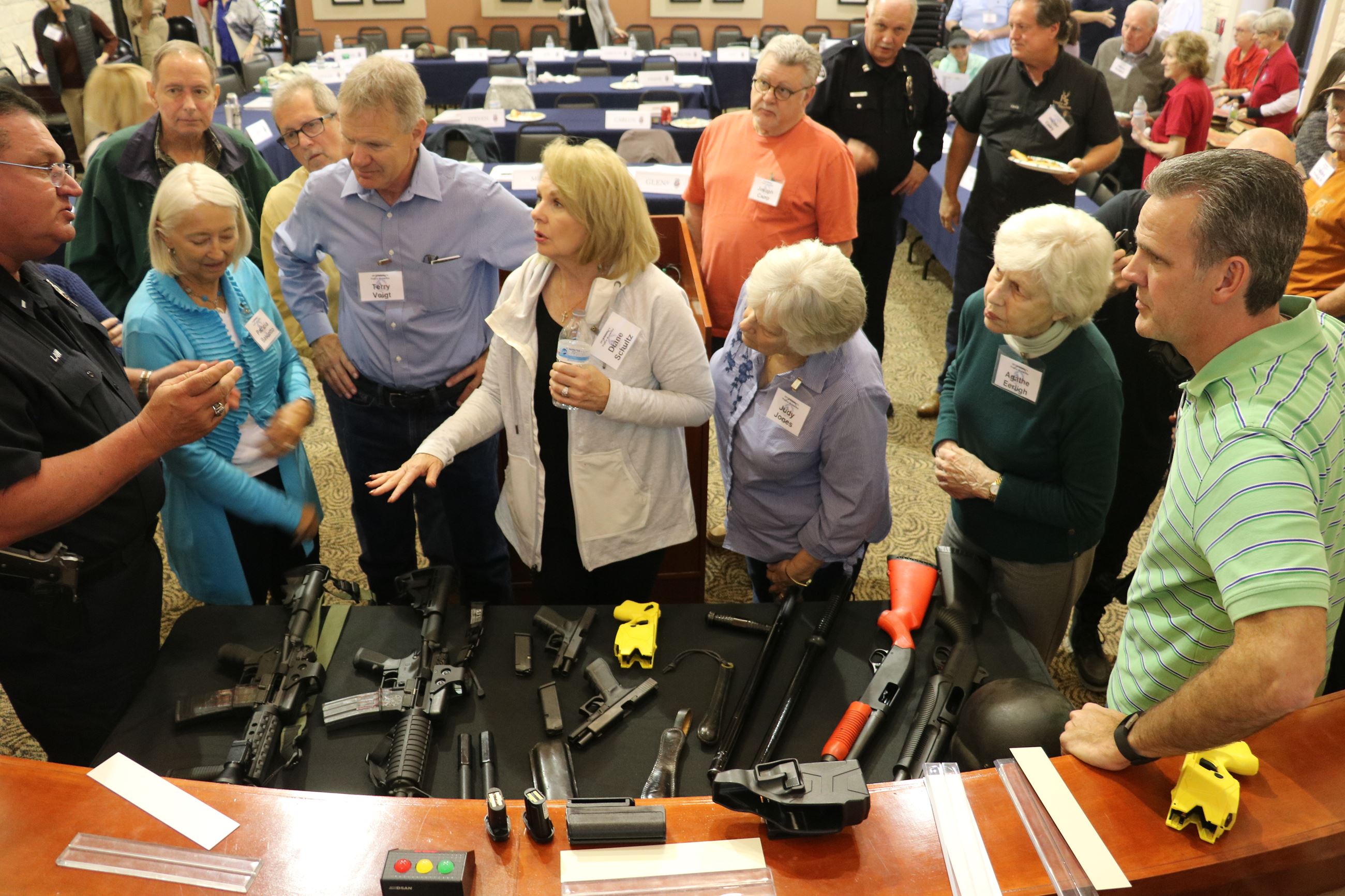 The program is a 30-hour block of instruction designed to give the public a working knowledge of law enforcement and the department’s policies and operational practices.

The academy will meets once a week for 12 weeks to cover a different area of police work each week. Police officers, their supervisors and civilian personnel with particular expertise in a specific organizational function will conduct each instructional block.

The primary objective of the Lakeway Citizens Police Academy is to build a better understanding between citizens and the police department through education.

The program was created to help citizens make informed decisions about police services, police activity and why the police can or cannot take action.

Lakeway Police administration hope that the academy will increase public awareness, dispel suspicions and misconceptions and improve rapport between the police officers and citizens. The police department benefits by becoming more aware of the community from the participants’ interaction and input, which makes the academy a two-way learning experience.

Participants must submit an application and consent to a background check. All applicants must be at least 21 years old and either reside or work within the city of Lakeway. Applicants who are on probation, or who have been convicted of felonies or crimes involving moral turpitude are ineligible.

Class size is limited to 50 people, all of whom must have passed the applicant background check. The academy is free of charge.  Students must attend at least 80 percent of the classes in order to graduate.

Graduates are eligible to apply for membership to the Lakeway Citizens Police Academy Alumni Association.


The 2020 class has been suspended because of the COVID-19 pandemic situation. At this time, it is unclear when the program will continue.

We are no longer accepting applications at this time. Announcements regarding the continuation of the 2020 class will be made via social media and the city website when information becomes available.

If you have any questions about the program, please contact Laura Rodriguez at LauraRodriguez@lakeway-tx.gov or (512) 261-2815.